Cranial Facial Release (CFR) is an advanced endo-nasal “Balloon Assisted” cranial adjusting technique that has been used quite successfully in the treatment of various neurological and structural disorders. It is a specialized technique that was derived from an earlier form of endo-nasal cranial adjusting called Bilateral Nasal Specific (BNS) pioneered by chiropractor Richard Stober in the 1960's and 70's. CFR was originated by Dr. Adam Del Torto, DC and is an offshoot of BNS, but is much more specific and much less invasive.

The objective of CFR technique is to unlock cranial fixations and induce mobility in the cranial system - primarily targeting the sphenoid bone, with the purpose of facilitating normal cranial respiratory motion and normal cranial function.

This technique is performed by inserting tiny balloons in the nose (specifically the naso pharynx) that are quickly inflated to mobilize the bones of the face and cranium.

It is a very fast procedure and feels similar to the sensation of jumping into a swimming pool and having water shoot up your nose – it isn’t exactly painful, but not the most comfortable sensation either – but it’s quick! The whole process takes about 2 to 3 seconds, and is performed in a series of 4 individual days of treatment over a 7-10 day period.​

How Does The CFR Technique Work?

To understand how CFR works, it is important to realize that the skull is NOT one solid bone. It is made up of 22 individual bones that actually move every time you breathe – or at least they are supposed to. But cranial fixations are a common occurrence and often times the root cause of many chronic neurological conditions and recurrent pain syndromes that don’t respond to conventional chiropractic adjusting procedures. Frequent causes of cranial aberrations and sutural fixations are things like head trauma, birth trauma, uneven bite force (TMJ disorder), bruxism, etc., yet these conditions are seldom detected and rarely addressed by chiropractors. 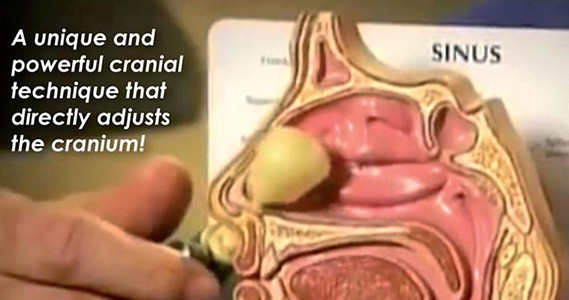 It is important to realize that cranial motion is not “gross osseous movement” – it is more of an expansion & relaxation type of movement, with each cranial bone having its own specific direction of motion.

This "cranial respiratory motion” works in direct conjunction with “sacral respiratory motion” and is the key mechanism by which Cerebral Spinal Fluid (CSF) is produced in the choroid plexus and circulated throughout the brain and spinal cord. This is essential to normal brain function which is essential to normal body function, embodying the basic scientific and philosophical foundation of chiropractic.

What Differentiates Cranial Facial Release From Other Endo-nasal Techniques?

CFR is based on SOT (Sacro Occipital Technique) protocols with emphasis being placed on clearing everything below the level of the Atlas before adjusting the cranium. By “clearing everything below the Atlas” we are referring to the methods by which we locate and remove spinal subluxations and reduce torque off the dura before it enters into the cranial vault using SOT procedures and conventional chiropractic adjusting techniques.

Relieving Dural Torque is a primary objective of CFR technique, as it plays an intricate role in cranial function and more importantly brain function. But relieving dural torque has an even greater effect on body function than just optimizing brain function. By reducing dural tension at its anterior attachment (at the diaphragma selli, which engulfs & ensheaths the base of the pituitary) it reduces mechanical torque on the pituitary gland and helps facilitate normal endocrine function. 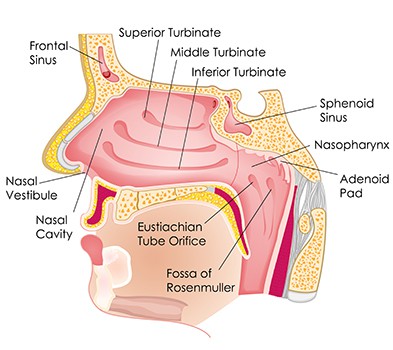 This concept was supported by research performed in Russia in the late 1930’s by Dr. A.D. Speransky, M.D., Director of Research at the All Union Institute of Experimental Medicine and author of the book, A Basis for the Theory of Medicine. Through his research, Dr. Speransky determined that “slight mechanical torque on the control centers of the brain, and especially the pituitary-hypothalmus complex caused destructive pathologies throughout the entire body”. This was a 10-year study during which Dr. Speransky was able to identify over 80 specific disorders that he could directly attribute to this “mechanical torque” phenomena.

In the legendary words of BJ Palmer, the beneficial effects of chiropractic are often “the miracles that are never told”, by potentially preventing physiological dysfunction (and eventually pathologies) in the body that might otherwise have arisen if these cranial and spinal “subluxations” were left untreated. But most patients who seek out this specialized treatment don’t understand chiropractic philosophy and rarely seek CFR treatment for wellness or preventative care, even though wellness could be considered an inherent “side effect” of this specialized treatment. 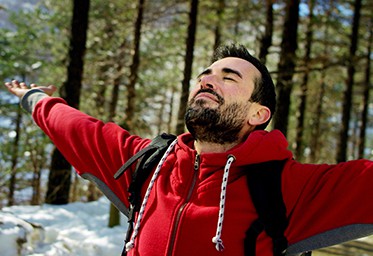 The majority of people who come in for CFR treatment are often last resort patients who have been through the gamut of conventional medical procedures without success, and are looking for a more conservative alternative approach to care that is cost effective and works! For things like breathing disorders, sinusitis, snoring, sleep apnea, deviated septums, migraine headaches, vertigo, facial pain (Trigeminal Neuralgia), facial paralysis (Bell’s Palsy), TMJ disorder, Post-Concussion Syndrome, seizures, neurological disorders, and more. It has also been used successfully in the treatment of infants with craniometaphyseal dysplasia (infantile skull deformities), hydrocephalus, and children with learning disorders - which is primarily what Dr. Stober used it for.

Dr. Stober specialized in the treatment of Down’s syndrome patients – specifically children, treating them with BNS technique to optimize brain function and elevate their cognitive levels. Parents traveled great distances with their children to seek out Dr. Stober’s treatment - his waiting room was perpetually overrun with desperate parents in search of a natural alternative approach to treatment for their mentally and physically challenged children. He had great success with this unique treatment method, and helped numerous children to elevate their mental & physical capabilities and go on to live a more functional existence in their adult life.

CFR style of cranial balloon adjusting gained notoriety 7+ years ago when it was featured on the E-Channel and attracted worldwide exposure (look it up on YouTube under “Dr. Adam - Cranial Facial Release”). Soon Dr. Adam was receiving calls from all over the globe - from doctor’s wanting to know where they could learn the technique, as well as patients wanting to know where they could get the procedure done. This is what prompted Dr. Del Torto to organize CFR into a reproducible teachable format based on SOT protocols with inter doctor consistency and predictable treatment outcomes.

On the second Tuesday of every month we host Kid’s Day at our clinic. All kids, ages high school and under, pay only $20 for their adjustments. If they need an exam it is only $25.00

May we invite you to join us for a Complimentary Consultation? 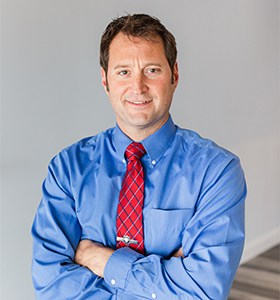 "I'm Dr. Brett Mehringer, my team and I are dedicated to helping you get out of pain and get you back to feeling great again.

Call us and tell us about your health issues and set up a free consultation to discuss the treatment that will best get you back to optimum health."